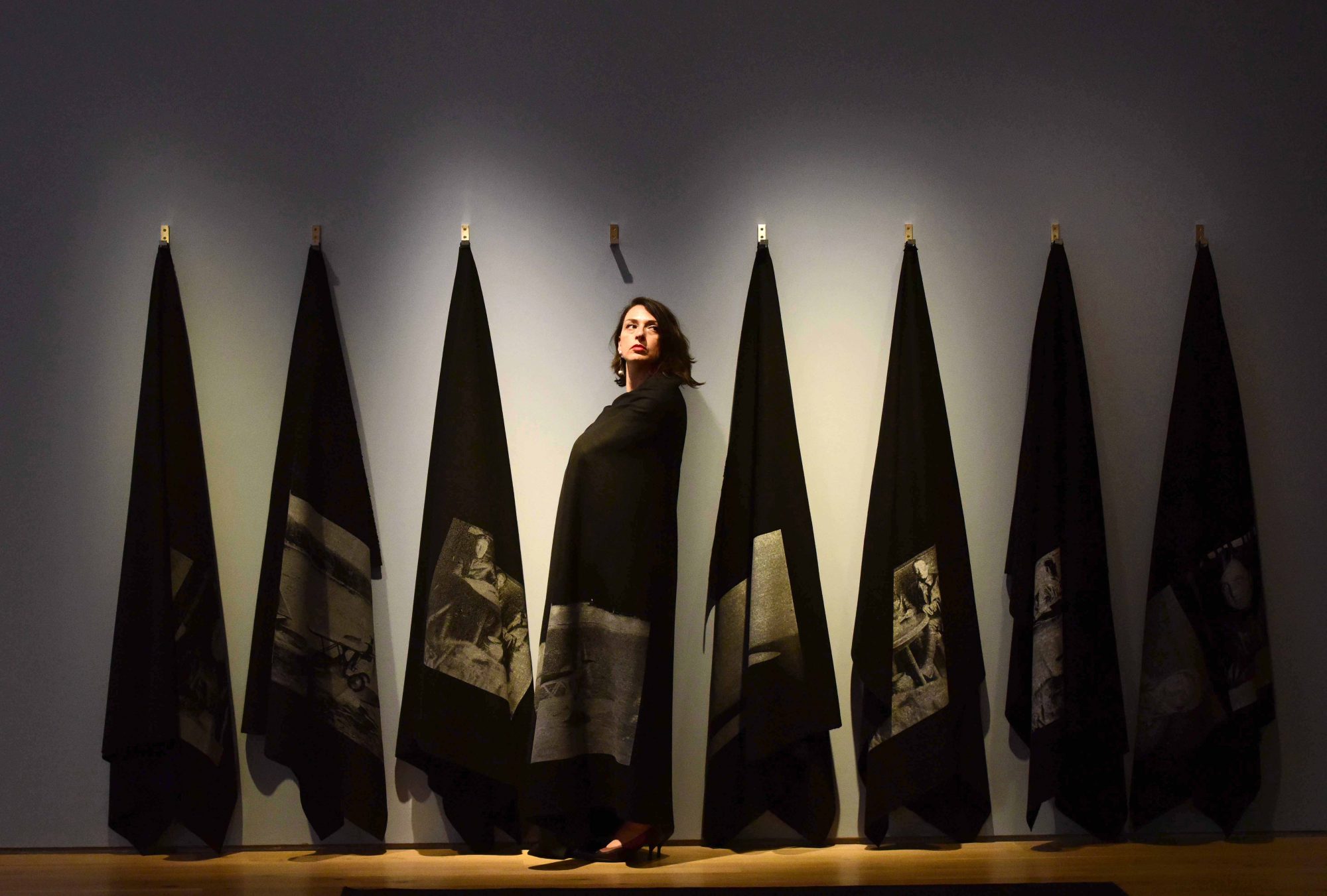 Sea is the Limit: Thought provoking works of art exploring the issues of migration, dispossession and national borders were brought together in this major exhibition at York Art Gallery. Eleven international artists including Nidhal Chamekh (Tunisia/France), Taus Makhacheva (Dagestan/Russia), Shahram Entekhabi (Iran/Germany), Brian Maguire (Ireland), Mohammed Sami (Iraq/UK), Vanessa Vozzo (Italy), Vladimir Miladinović (Serbia), Halil Altindere (Turkey), Varvara Shavrova (USSR/Ireland/UK), Nick Ellwood (UK) and Susan Stockwell (UK) used their work to question the meaning of nationalism, free movement, inclusion and exclusion, drawing on both the historical and contemporary narratives which shape identity and opinion. The exhibition expressed a desire for freedom and a better life that stands in sharp contrast to the reality the migrants experience on their journeys. The project has been organised by York Art Gallery and contemporary artist Varvara Shavrova, exhibition’s curator, in collaboration with Patrick Heide, and featured 25 artworks in a wide range of media such as audio-visual objects, interactive installations, drawings, paintings, sculpture and audio and video works.  The exhibition took place in the Madsen One and Madsen Two Galleries.

Ways of Telling: The Sea is the Limit was a workshop, bringing together artists and young people from Shpresa Programme, a registered charity and active user-led organisation that advances the education and training of Albanian speaking people in the UK. The workshop took The Sea is the Limit as its focal point. Three artists, Varvara Shavrova, Mohammed Sami and Susan Stockwell discussed their work with two academics and migration researchers, Simon Parker and Maggie O’Neill (University of York Migration Network), based around a series of provocations on ‘what and where are the limits’ (in relation to art, the transformative role of art, biography, imagination, politics and ethics).

Ways of telling was Supported by the University of York Economic and Social Research Council Impact Acceleration Account (2014-2019).

In the final section of this workshop, four Albanian young people with lived experience of the asylum system and seeking international protection joined the panel to discuss their reaction to the Who Are We? programme and the Sea is the Limit. They also spoke about how their lives had been limited by ways beyond the water borders that surround Albania and the UK. How struggles for legal status dominated their lives and exposed them to a range of risks and dangers that they would have had to face alone were it not for the support of organisations such as Shpresa.