A project of translation, poetry and art

Talking Transformations: Home on the Move

How do we conceive of ‘home’? And what happens to this definition when people migrate? How does ‘home’ travel? And how does it ‘arrive’? With so many people on the move, ideas of home are becoming more fluid, challenged and (re)shaped by unprecedented migration within and to Europe.  Our project Talking Transformations: Home on the Move explores what ‘home’ may mean in the era of migration, for those who have moved and those who have stayed put.  Ideas of ‘home’ are connected to language: the mothertongue, the new language and, between them, translation, the process whereby texts and ideas can travel freely across linguistic, cultural and geographical borders.

Talking Transformations: Home on the Move uses poetry and art translation to explore notions of ‘home’ in relation to migration.  The project was born in the aftermath of the 2016 UK Referendum to leave the EU. As a celebration of freedom of movement, it focuses on the countries most important to EU migration to and from the UK.

In the first phase of the project, British poetry was sent through literary translation via France to Spain before returning home; in parallel, an original Polish poem travelled through translation from Poland via Romania to the UK before returning to Poland. During these linguistic migrations the poems were also translated by local artists into film art.  The original poems have been commissioned on the basis of public workshops held with local communities in England and Poland between May and July 2017. The British workshops took place in Hereford and London and were led by poet Deryn Rees-Jones. The Polish workshops took place in Łodz and were led by poet Rafał Gawin. Deryn’s poem ‘HOME’ and Rafał’s poem ‘DOM. KONSTRUKCJA W PROCESIE SĄDOWYM’ (‘Home. Structure on Trial’) went on their own migratory journey around Europe.

Both linguistic and artistic translation allows us to look at ‘home’ from different, yet complementing perspectives. The use of the ‘visual’ in the filmic translations of the poems, is meant to emphasize the creativity involved in translation and to make the original poetry accessible through additional senses.  The process of transforming linguistic and cultural material into something new, produces movement between ‘thereness’ and ‘hereness’, between the past and the present, between the place/language of origin and the place/language of arrival. And this movement doesn’t have to be disruptive or a source of tension, but rather can engender creativity.  The creative possibilities of movement can also provide alternative ideas of identity and challenge old and new forms of ‘borders’ in our increasingly interconnected world. 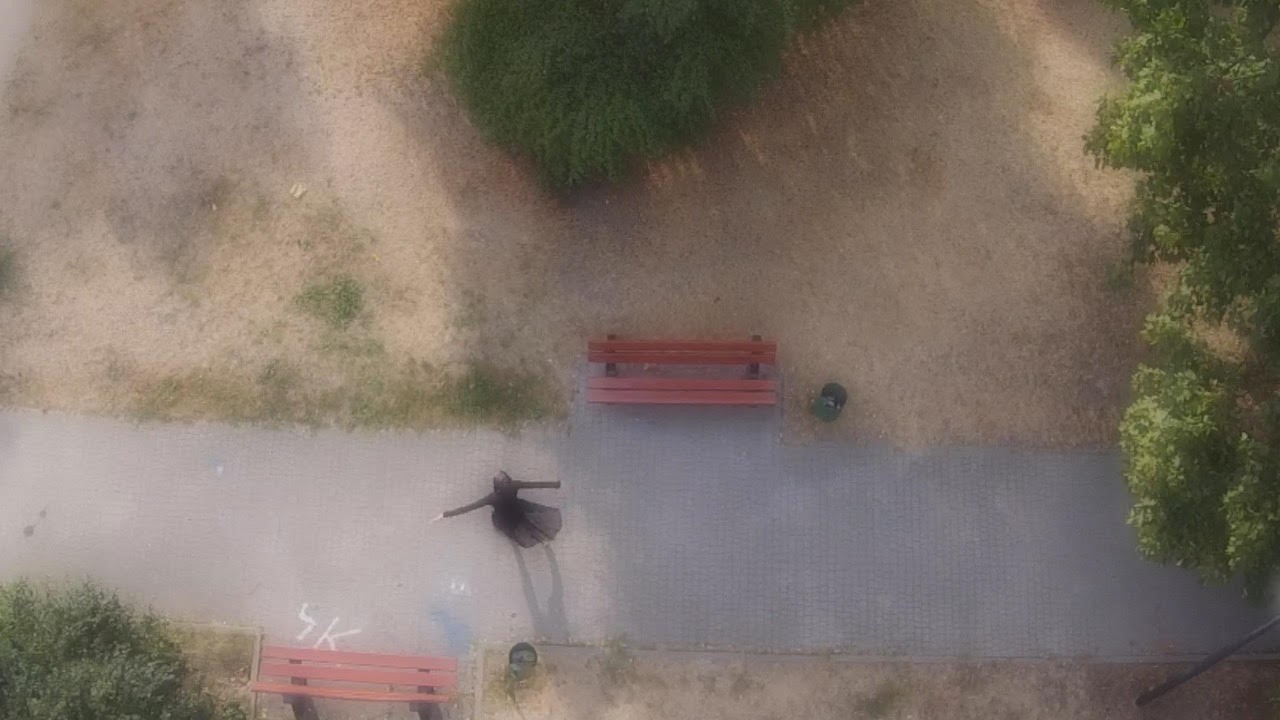 In the second phase, Home on the Move was taken around the UK and abroad via workshops and exhibited in conferences in London, Hong Kong and Den Haag. During these events, further translations of home were created. Then, in the summer of 2018 Home on the Move  toured rural, coastal and urban England: it was exhibited at the Whitstable Biennale (9-10 June 2018), at the Ledbury Poetry Festival (29 June-8 July 2018) and at the National Poetry Library, Southbank Centre, London (26 July- 23 September 2018), where it was part of The Language Shift exhibition.

The three exhibitions were accompanied by a programme of associated events which included translation and poetry workshops, poetry readings, curatorial talks, secondary school workshops in the UK (Worcestershire and Herefordshire) as part of the Ledbury Poetry Festival, and multilingual readings and performances. The National Poetry Library exhibition also displayed a specifically commissioned mixed media artwork ‘A Home’, by French artist Elise Aru.

Home on the Move is visiting London again, via a pop-up exhibition as part of the Who Are We Project, Tate Exchange, on 23 May 2019, during the Movement and Identity Symposium, when both Ricarda and I will be in conversation with artist Kate McMillan, asking her to reflect on home and migration and on the process of translation and being involved in the project. We will be also reading from our own multi-lingual translations of Deryn Rees-Jones’ poem “HOME”. 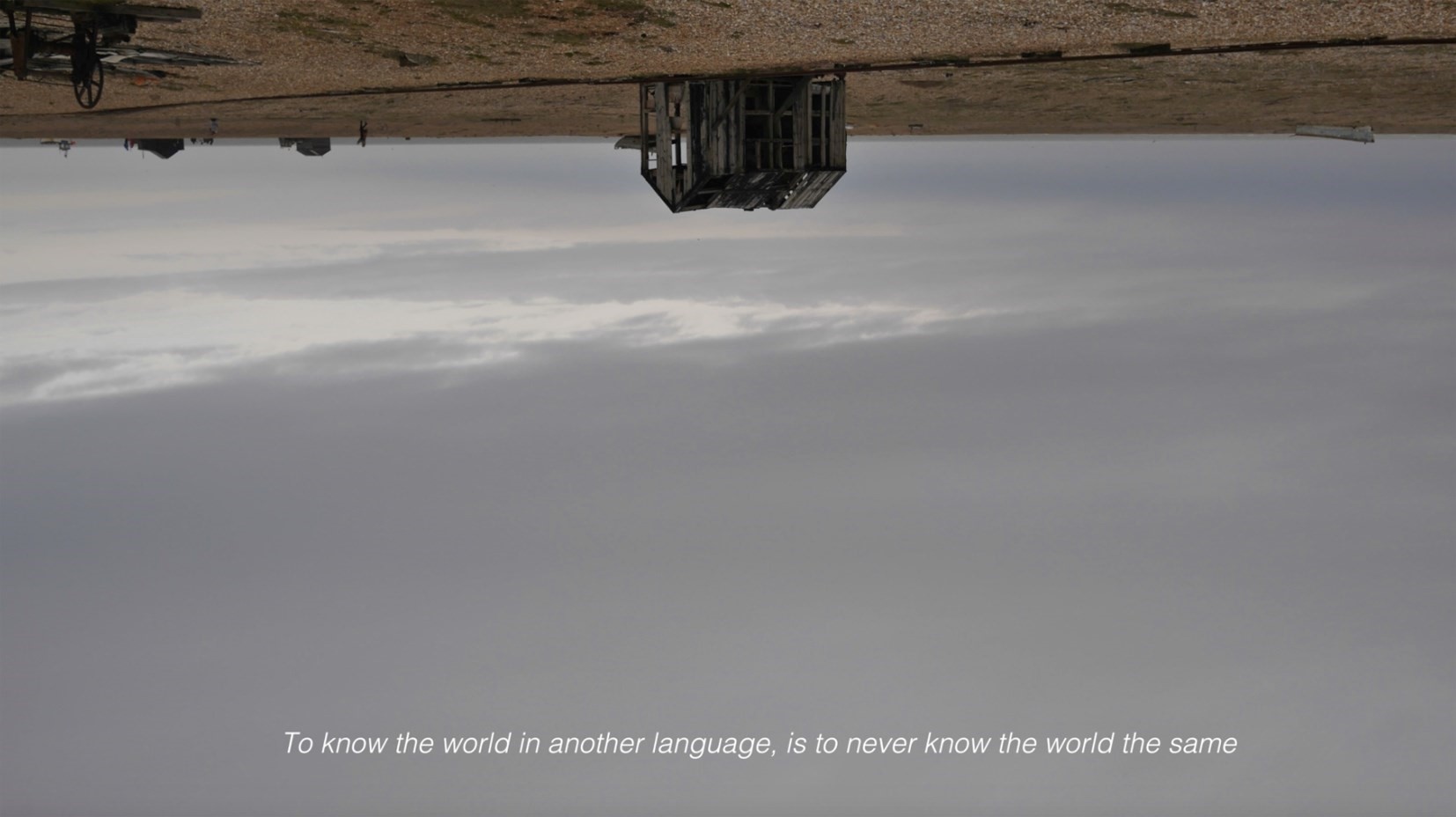 Visitors to the exhibition at the Symposium will be able to read the two poems in ten different versions, to watch the artists’ visual interpretations in seven film versions and to listen to an immersive sound collage.

The project’s third phase consists of a multilingual poetry anthology titled Home on the Move: two poems go on a journey (Parthian Books, July 2019) which includes the original poems and their translations, a visual chapter with stills from all the artists’ videos, and many more translations of “Home” and “DOM…” collected during the workshops and commissioned during and after the project (including Catalan, English, German, Italian, Kurdish and Welsh translations, as well as multilingual versions and poetic responses to the filmic translations. The poetry book embodies the project’s celebration of free movement, translation, migration.

To listen to our poets and translators reading their texts click here: