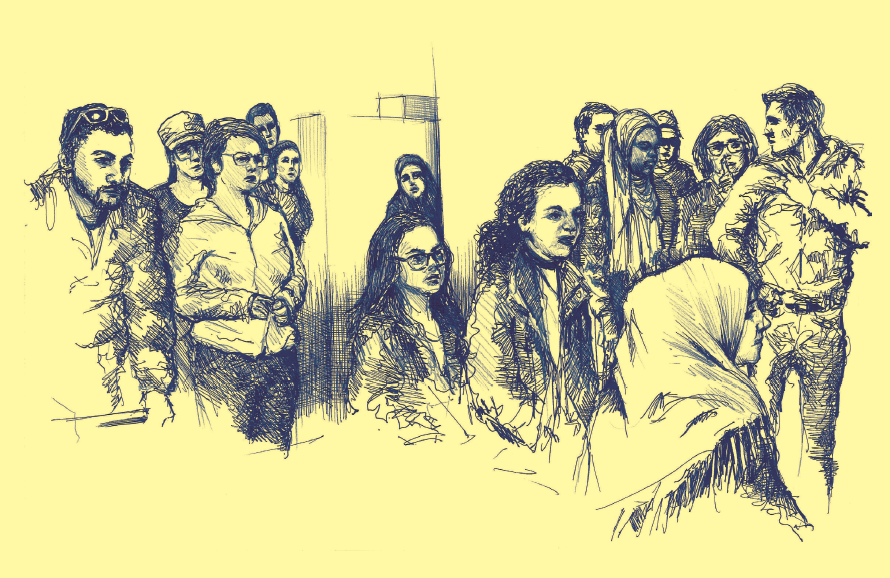 The Museum of Movements, by Paul-François Tremlett

On Saturday May 26th I participated in a ‘Long Table’, a conversation among artists, academics, curators and others, held as part of the ‘Who Are We?’ programme of events organised by the Open University and Counterpoint Arts at the Tate Exchange, in London. The events of which this was but one small element, were organised to highlight questions of belonging, identity and democracy in  relation to migrants and refugees. As part of that, I met Fredrik Elg and Roxana Ortiz to find out more about their project, ‘The Museum of Movements’ which is based in Malmö, in Sweden.

The Museum is a combined initiative of the national and city governments, and it plays on at least two senses of the word ‘movement’: firstly, the movements, mobilities and flows of people and things, conjuring senses of displacement and dislocation but also of speed and interconnectivity and the crossing and transgressing of alternately porous and solid, boundaries and borders. Second, movement as in political, social and religious movements articulating, for example, global demands for climate justice, indigenous rights that transcend the borders of contemporary nation-states (for instance, the Sami, who live above the Arctic circle in Norway, Sweden, Finland and Russia), but also populist, so-called alt-right movements seeking to close borders and restrict flows to protect an imaginary purity, in denial of the hybrid bricolage of all cultures, everywhere.

Museums have been likened to sacred spaces and described as temples to Enlightenment reason, their displays carefully ordered to reflect the apparently all-seeing gaze of knowledge. Their collections are classified not according to the imperatives of the cultures and societies from which they were acquired – often in dubious circumstances – but according to taxonomies deeply implicated in the iniquitous historical relationships of the West with the wider world. The Museum of Movements constitutes a challenge to the traditional idea of the museum, embracing less the idea of a temple of knowledge through which visitors move acquiring pre-packaged facts and information as they go. Instead, the Museum of Movements engages its publics to create spaces less about already-curated knowledge and more about communities of practice in which collections, classifications and taxonomies are themselves on the move, ready to be improvised in new ways and into new forms, a museum less about demonstrations of knowledge than experiences that challenge what is known, to become something new. It will be a museum that challenges established senses of collections, curating and display, asking us to see ourselves and the world around us not as objects fixed in time and space but as flows and potentials.