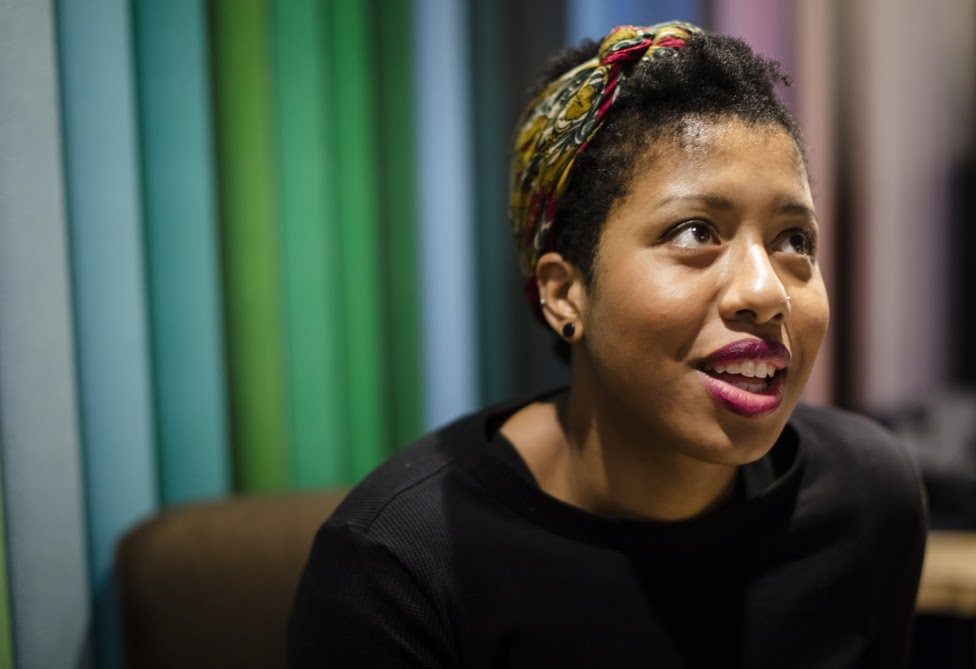 Selina Nwulu is a Yorkshire born writer, poet and essayist based in London.

She was a Young Poet Laureate for London 2015-6, a prestigious award that recognizes talent and potential in the capital. She has been featured in Vogue, ES Magazine, i-D and Blavity among others.

Her first chapbook collection, The Secrets I Let Slip was published by Burning Eye Books and is a Poetry Book Society (PBS) recommendation. She also writes for a number of outlets such as the Guardian, New Humanist and Red Pepper.

She has toured her work nationally and internationally as well as at a number of festivals including Glastonbury, Edinburgh Fringe, Cúirt Festival in Galway and Fiery Tongues Festival in Ruigoord, Holland. She returned from a literary tour in India with the British Council in late 2016.

She was recently ‘Writer and Creator in Residence’ at the Free Word Centre and Wellcome Trust, looking creatively at food and how it connects to our health and matters of social justice.