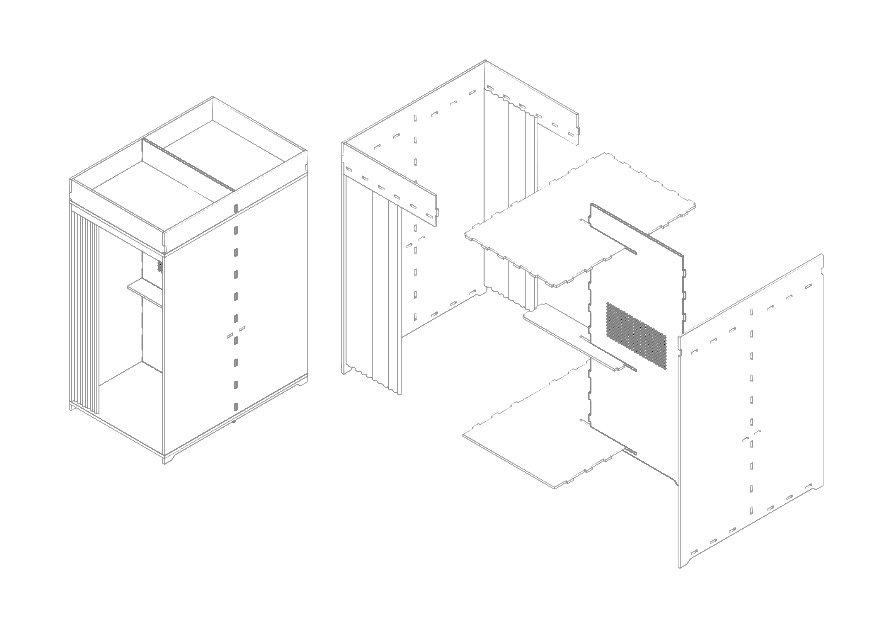 Shed Your Fear is a non-denominational, non-hierarchical booth, into which two people from different backgrounds get to confess their fears to each other. In the context of recent sociopolitical upheavals, participants would be encouraged to share their innermost fears, and by sharing them, hopefully transcending them. If it goes well, they could also be encouraged to share their hopes and dreams. As a non-financial micro-incentive, free tea and biscuits would be provided.

Richard DeDomenici is an artist whose work is often street-based, humorous, subversive, and political, reflecting his ongoing artistic mission to cause ‘the kind of uncertainty that leads to possibility‘. Shed Your Fears, commissioned by Counterpoints Arts, is a non-denominational, non-hierarchical booth, into which two people get to confess their fears to each other, privately, anonymously and safely. Designed as a response to recent sociopolitical upheavals, the piece invites participating audiences to share their innermost fears, and, by sharing them, hopefully transcending them to the point where they can also share hopes and dreams. The first seeds of the installation were sown in a workshop conversation at Counterpoints Arts’ ‘Art for Social Change’ retreat at Dartington Hall in October of 2016. Richard was part of a group discussing different ways that art can help connect people across social, economic and other divides. Shed Your Fears was launched as part of Who Are We? Project at Tate Exchange. Since it has travelled to YouTube Space, the British Museum, and Bournemouth University’s Festival of Learning. It will be on its way to other locations around the country including Loughborough University in November 2017.