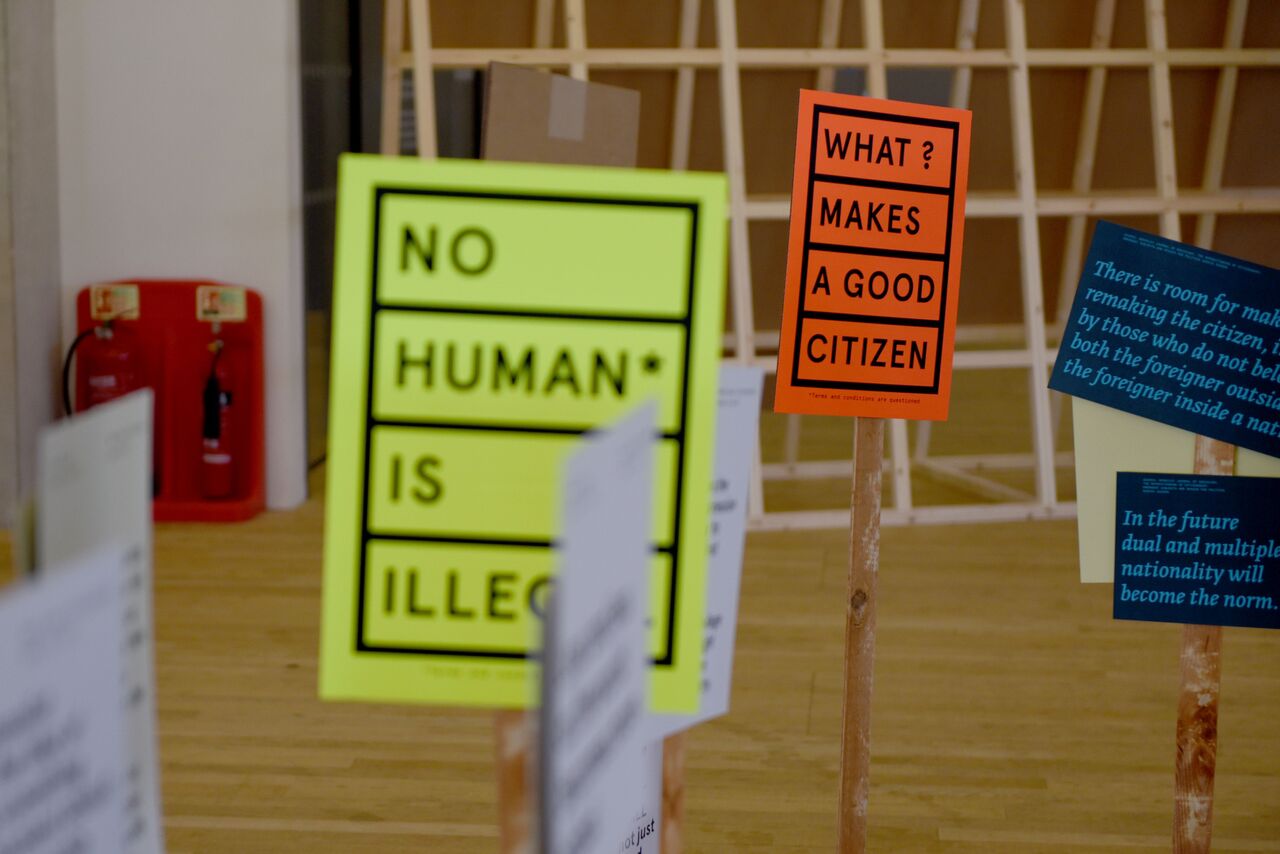 Citizenshop is an interactive travelling installation which explores the multidimensional means of citizenship in a neoliberal world. It opposes the neoliberal concept of the acquisition of citizenship by investment, as is offered by an increasing number of governments across the world today. Instead, it asserts the multidimensional needs and interpretations of citizenship by the world’s people and instigates a radical humanistic inquiry that seeks to stimulate new questions.

The installation interrogates emerging questions surrounding citizenship, such as the economic privatisation of the nation-state, the worldwide increase in migration, cross-border interlinked technologies, and the disadvantages faced by the majority of people under these new international circumstances. The installation incorporates an online webshop where questions about data collection by policymakers and sociologists are raised and an assemblage of personal voices talking about citizenship is presented. The visitor experiences the government’s point of view alongside her/his own multidimensional needs, moving from being a spectator to becoming a co-author of the installation.

Nele Vos studied MA Narrative Environments at Central Saint Martins in London and works on the intersection of communication design and its build environment.

Her design work has been published by Die Gestalten, Viewpoint Magazine, Volume Magazine, Die Zeit newspaper and is part of the permanent collection at the Poster Museum in Aarhus.

Nele currently shares her time between commissions, collaborations and self-initiated installations in Berlin and abroad.