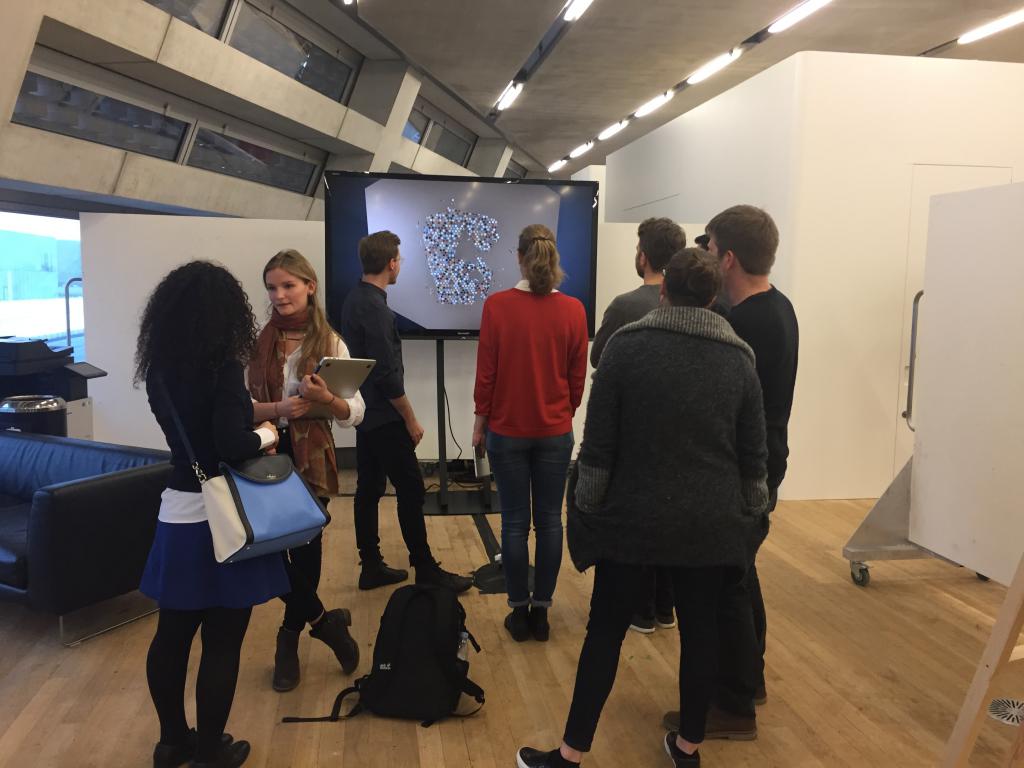 How do we know who we are?, Tate Exchange, London, United Kingdom. Photograph: Evelyn Ruppert

We increasingly know ourselves and others through data.  From digital data generated by governments on births, deaths, incomes, and travel to that compiled by social media and apps, who we are is increasingly mediated and registered through our relations to digital technologies. In this installation, we invite people to interactively explore their relations to digital data by experimenting with alternative ways of imagining and visualising themselves and the relations of which they are a part. By troubling static concepts of Europe as a collection of nations, the installation renders it as a dynamic composition of the movements, flows and exchanges between people and places.

How do we know who we are? is a collaboration between Dawid Górny, a programmer and interaction designer, and Evelyn Ruppert, Principle Investigator of a European Research Council funded project, ARITHMUS (Peopling Europe: How data make a people), Goldsmiths, University of London.

Dawid Górny is a programmer, designer, and artist. He is the co-author of Cinder Creative Coding Cookbook (2013). Between November 2013 and May 2015 he was a part of Interaction Design team at Fabrica — a communications research centre, in Italy. Dawid was one of the initiators of the art+bits festival 2012, in Katowice, Poland — the encounter of art and technology.