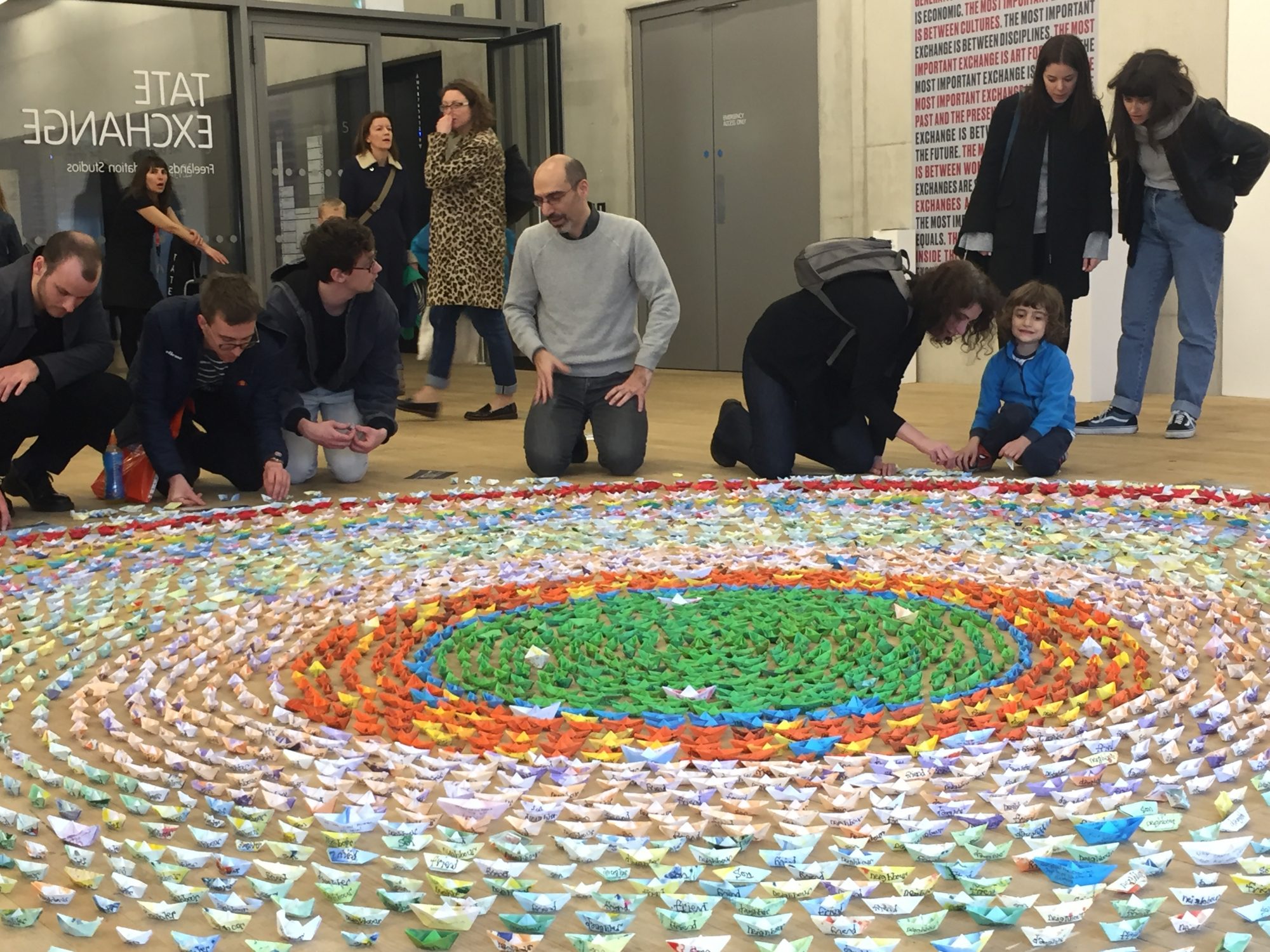 Dead Reckoning is an ever-developing project, an installation bearing witness to the thousands of migrants and refugees who have died and continue to die whilst attempting to cross the Mediterranean Sea. Using data collected by the Missing Migrants Project, the work visually explores the notion of ‘other’, resting in the overlap between ‘us’ and ‘them’.

Formed of thousands of tiny, hand-marbled paper boats, each marked with a relationship to another person, Dead Reckoning is a fragile reminder of the individuals caught up in the biggest humanitarian crisis in Europe since World War II, provoking inquiry that reaches beyond statistics and headlines.

Bern was running Dead Reckoning on Tuesday 14 March and was joined by Vicki Squire on Wednesday 15 March 2017.

Bern O’Donoghue is a Brighton-based visual artist working across many creative disciplines exploring the widening of participation. Her practice has strong visual and experimental elements. Through projects such as Dear Dave and Nick, Dead Reckoning and Refugees Crossing, she has been particularly interested in exploring the language and means of engagement in the arts and in holding public figures accountable.